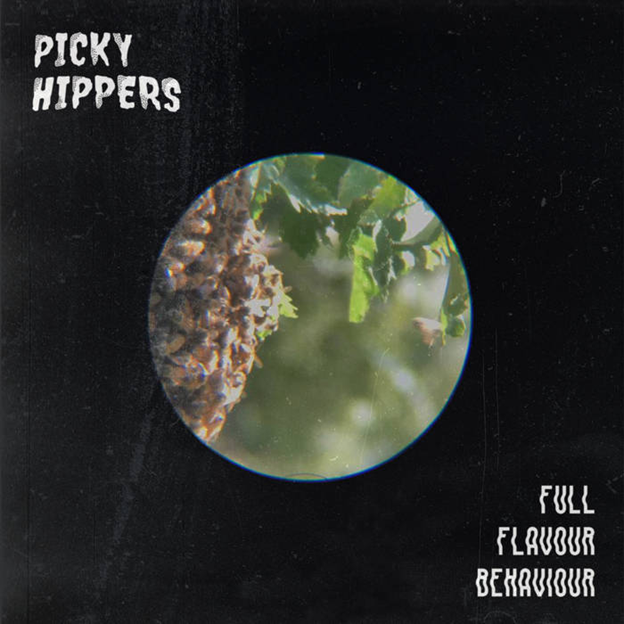 Life is an expected journey full of unexpected circumstances.  There is sadness and pleasure; confusion and enlightenment; ambivalence and clarity; aggressiveness and happiness.  Being able to navigate through life’s tides of change is made a little easier with good friends, love, good times, and acceptance – acceptance of each other and ourselves.  Having music along the way often lightens the load and gives more understanding to whatever is present, and it is great to have a collection of music that is timeless and filled with some great tunes.  I was introduced to a band who creates music that tattoos itself to a listener’s core - their name is Picky Hippers.

Picky Hippers is a band from New Zealand who are Rockers through and through.  Their album Full Flavour Behaviour carries an underlying theme of knowing how to deal with the angst of regular life.  According to the band’s introspective lyrics, regardless of the reason, either navigating through life’s challenges or successes, the best way to get through it all is to ride the wave and enjoy the full flavour of the moment.

The album consists of ten tracks that define this theme:

This is my review of the album’s five standout tracks.

Out of the gate, we are welcomed with some heavy rhythm, hard rocking guitar riffs, and bone-breaking percussions with “Catch A Wave.”  The storyline of this track vividly describes an aggressive affection between two lovers.  For example, the line “All I want is to ride her wave, feel the water in my wind today,” clearly alludes to the fact that he just wants to bask in the luxury of her presence no matter how rough the wave.  The music breakdowns in between the verses are amazing.

The writing, execution, and production of the second track, “Kick It,” is nothing less than captivating.  The Funky Jazz groove that threads through the track just brings life.  The percussions lead the way on this track.  The opening lyrics sing:  Every morning's got me feeling so stressed out / Blinds are closed and words are falling out my mouth / Stumbling through these halls is this how it ought to be? / The good times are good you say but the bad times will set you free.  Lyrically, the song is extremely direct and realistic in nature. Unlike many songs today, it has no filter in telling how things are just not great. No smoke screen here, just kick it.  Call this track a lamentation on acid, or a message in a brown bottle, just do not call it a love song.

It all starts with a stuttered guitar …

That’s how the next song keeps the audience on their toes. 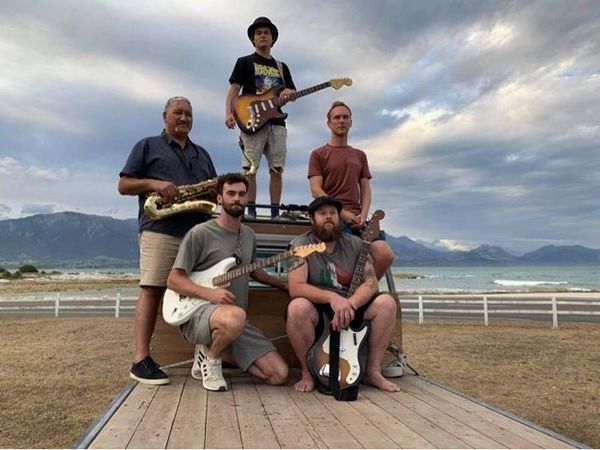 “Gypsy Groove” is a great illustration of why creating meaningful lyrics and melodies are so important because it draws-in the listener's ears AND heart.  The saxophone solo really elevates the track to a whole other level.  The lead vocalist on the track is very natural; he has great rhythm in his prowess – almost Bluesy.  It works very well on this track.  Sung from the point of view of an admirer, “Gypsy Groove” is a toss between love and fantasy.

With “Soulless Stunner,” we have the enigmatic track of the album with its mystifying vibe.  This vibe is accomplished by using what I call a “musical waxing and waning” approach which keeps the audience drawn into the track – it's hypnotic when it is done correctly.  It’s like this, in the same manner a waxing moon is the stage where it receives more light from the sun and is at its brightest, and a waning phase is a shadow, the lyrical production of this track is similar in that it follows a traditional verse-chorus-verse structure and contains a lyrical flow that is very rhythmic.  The band gives us the “shadow” notes with the leads and the instrumental downbeat, and the “bright notes” with the choruses and the upbeat – it's an up and down rhythm.  In addition, the inclusion of the leads being sung like a rap spit was a great technique as it adds to the conversational appeal of the track where the protagonist is relating the story of a souless woman.  Moreover, the alliteration in the lyrics adds to the rhythm of the track. This is an impressive lyrical structure. The music is scaled back some but still has intensity.  A lot of people want the biggest sound throughout the entire Rock album, with walls of guitars and huge drums in every single song, but I think it is good to back up some and allow the audience to digest the full flavour of the body of work – case in point? This track!  Smooth and smoking!

“Feel the Love” starts with a nice instrumental introduction – very mellow – chill squared!  I’m telling you, when it comes to the skills in the hands and minds of these players – Picky Hippers – they are matchless.  That guitar swooning in the intro is everything!  And when it comes to the lyrics of this track, there are only six!  “Feel the love, it’s all around.”  That’s it!  But less is more.  The harmony is superb!  With just those six lyrics, we have a lyrical meaning behind "Feel the Love,” and it is centered on the philosophy of selflessness and living life altruistically.  Each instrument reflects that mantra and makes its point heard.  To break it down, at the 3:08 mark, there is a drawback which alludes to standing in peace.  Then, at the three minutes and 21 seconds mark, the tempo picks up with blazing guitars that are basically crying out lyrically to feel the love.  It eases back down at 4:22 and rides out the wave in quiet ebbs of Rock.  The mix on this track is chef’s kiss.  This is a dynamic single that may start a new musical trend with its brilliant brand of Jazz infused Rock.  Finito!

“Memory” plays like a musical commentary that you shake your hips to in repeat. This track is both powerful and passionate. It features a nice islet vibe and carries a musical ebb and flow.  The lyrics on this track basically tell the story of someone moving on from what once was and making it a memory – this type of message in most songs can be a bit boring, but not with Picky Hippers’ track.  It is the opposite – this song can be played in a club or in rotation on Top 40 radio.  This can be loved by Latin music aficionados, world music lovers, and everyone in between.  The presence of the saxophone makes the song flow like water. I love how the melody of the verse accentuates to meet the hook by singing: I’m just fine I’m doing swell and pretty soon you’ll be a memory. The saxophone solo in the outro is fire!

Music, in all its complex facets, should simply transport the listener and keep one coming back for more, and better yet, keep the listener humming the tune later after listening to the music.  And rarely does a music journalist come across a band that is so unique that once you walk away from the music, if you were to hear it again, you’re like “boom, that’s "so-and-so.”  Well Picky Hippers is that type of band.  If you’ve heard them once, I guarantee that once you hear them again, it will not be difficult to recognize their music.

Producer/musician/songwriter, Dallas Cosmas, did an excellent job mixing the album making sure to highlight the wonderful chemistry the band exudes while imprinting his brand of awesomeness without overpowering the band’s formula.  In total, Picky Hippers has gifted us with an album full of introspect.  It’s been since the early 2000s that New Zealand has had some great Rock bands on the scene.  I feel as if Picky Hippers fit the bill to dominate the scene and elevate the genre by adding soulful influences of Punk, Funk, and Jazz.

Mixed by Dallas Cosmas at Prototype Musique in Melbourne, Australia