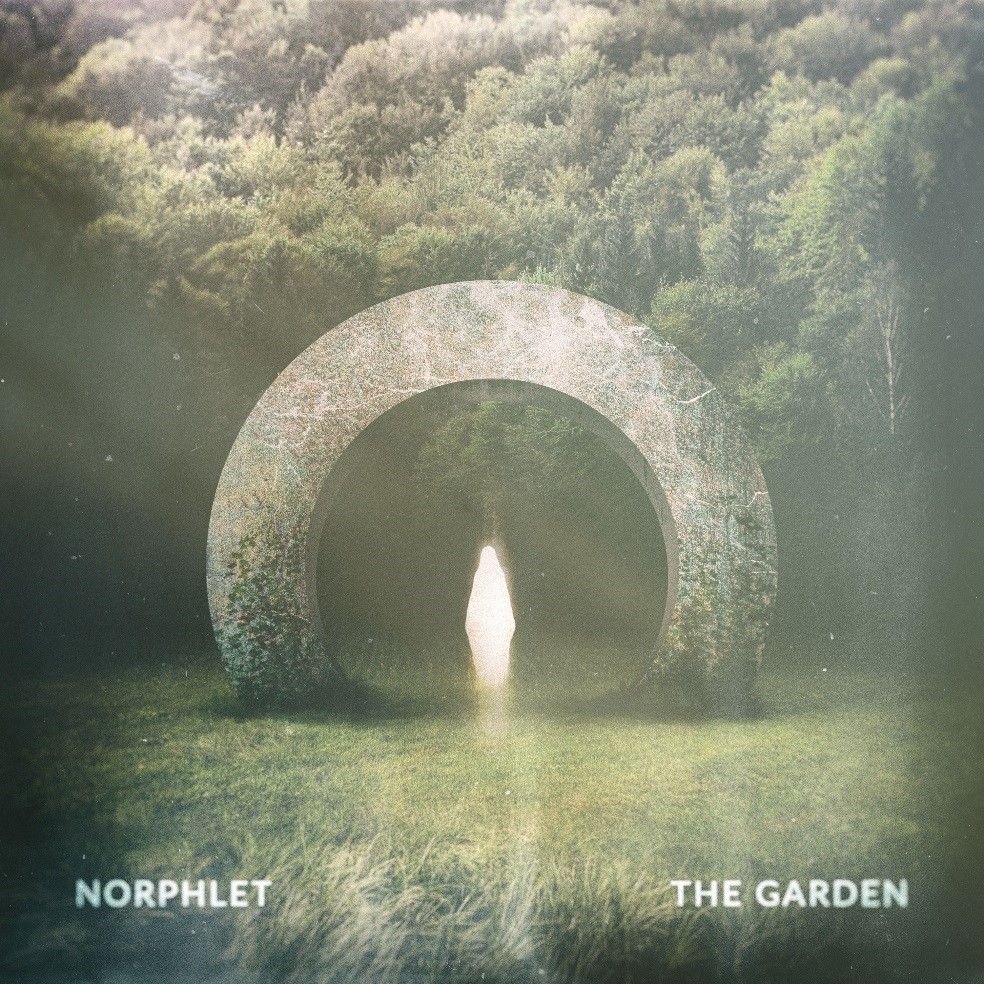 After being stuck in the house from COVID-19 all last year, void of live music arenas, being one on one with music and artists, one longs to get back out to explore new music.  But there are only some types of music that makes you pull out the credit card and swipe to breathe air back into your lungs.  Norphlet’s The Garden is that type of music.

Full of music that speaks to the premise of reopening closed spaces, minds, and hearts, The Garden sounds like the beginning of something bigger for the band.  I will focus on the six highlights.

The album opens with the perfect track, “The Garden Gate.”  This song introduces the theme of the album and serves as a prelude to the storyline of each track that follows it.  The lyrics describe shedding layers of old and welcoming, or becoming, new:

Imagine for a moment

Was just the beginning

Very rare does a song wax poetic, yet this two minutes / 39 seconds moody track does!  Just as a literal garden gate opens the option to explore, this track literally opens the album.

“The Ox Months” follows with powerful passion.  The song opens with punchy bright guitars and then scales back to a velvet vocal approach with percussions adding that kiss of appetite that is wonderfully welcoming.  That open-ended music break, right before the bridge, adds a drop, but ironically elevates the track.  Metaphorically, the title of this track seems to present the idea of 30 days of stubbornness, the lyrics sing:

Stand where I couldn't

Did I lose it getting so caught up

In the things that won't even matter

Did I waste it being so stuck

On the people that don't even give a shit

I walk away, I always do

Yet, when one really listens to what the music is presenting and what the lyrics are saying, the song gifts another emotion – perhaps, defiance?  Great approach!

“Meadow of My Mind” is the fifth track and both its introduction and ending are fire!  Let’s start with the stuttered riff introduction with twangy soundscapes that gives mental pictures of open meadows with museum pieces planted all over it – I know, that’s an abstract illustration, but a title like that just brings out the existentialist in me =)  Still, Cody’s conversation-like vocal approach to this track brings this lyrical meaning to light even more, and the arena-style backing vocals highlight that open-minded style.  The lyrics cover the story of apprehension, anxiety, or fear of the unknown.  With Taylor’s hot percussions hitting off life neurons, this song could easily be branded as classic Norphlet.  The ending is just spectacular, man!

“Overgrown” is one of those contemplative tracks that you listen to when it rains.  The song is about finding the optimism and hope in overgrown thoughts and memories:

We don't run out of time

We weren't down here alone

Not within the things

We're scared to leave behind

For those not yet defined

But the ones we've yet to find

The vocal approach on this track is a rich layer of emotions – the high endnotes are so optimistic.  The soft percussions, lyrical keys, and sweet guitar riffs literally bring you up into the mind and then down into the soul.

And, when a song opens with distorted FX and a seductive guitar serenading the audience, you know you are in for an explosive track.  “Saudade” is the shortest song in the list, but it packs the biggest blow – but not in the bombastic way you would think.  No, it is sublimely soft and hard!  Each drumbeat adds to this elusive feeling and brings to life the storyline of longing.  The distorted FX in the background adds nostalgia, while Cody’s heartfelt, melancholy, vocal execution adds to the deep emotional approach of the track.  And what ties it all together is those rimshots just bringing the element of thinking to the foreground.  Truly, one of the most beautiful melodies of the entire album!

“Cardinals (When You're Gone)” Norphlet introduced this track to me last year and it remains a relevant track.  I will reprint what I stated then, now:  If I were to describe the latest track from Alternative Rock duo Norphlet in a few words, I would describe it as musically resembling that point in time when someone blows someone a kiss, and even though that kiss is invisible, it somehow echoes and affects the receiving person.   This is “Cardinals (When You’re Gone).”  Out of the gate, the music just drives its way into your soul man – this song just moves – it bends and never breaks!  It’s alive with honesty and personality.  And once more, Norphlet always manages to blend genres surgically and have it just makes sense.  Case in point, “Cardinals (When You’re Gone)” has a solid core melody that is Pop Punk with infectious guitars and heavy drums, but its highlighting instrumentation, like synths and FX, are wildly Emo – and this ladies and gents, gives the entire track a wonderful edge.  The theme of the track is about missed opportunities within a relationship and how living with regrets of not being present within that relationship (be it mentally or physically) leaves one still longing to be remembered.  The way the lead executes the lyrics is candid and personable and gives off a fleeting effect similar to what I was talking about earlier – that blown kiss.  The sustained guitar beginning at the 3 minutes / 34 seconds mark leading into that ah-mazing outro at the 3 minutes / 38 seconds mark is simply sublime.

I have been in contact with this band since 2018, and their creations never cease to surprise me as a music journalist.  Unlike many of their competitors, they not only stick to their formula of great, melodic, tracks and full-on instrumenting of complex feelings, but they also push the envelope, evolving with the times when it comes to music elements, trends, and music directions – yet, when  you put on a Norphlet record, you know it is THEM!  The guitars mend your heart and pull at your spine, while those percussions give you another heartbeat.  This is the drive all day and listen to your emotions album, the make love and then ponder album, the pure personification of imprisoned and released words album.  Only Norphlet!  Only Norphlet can reawaken and remind us that great music still exists.