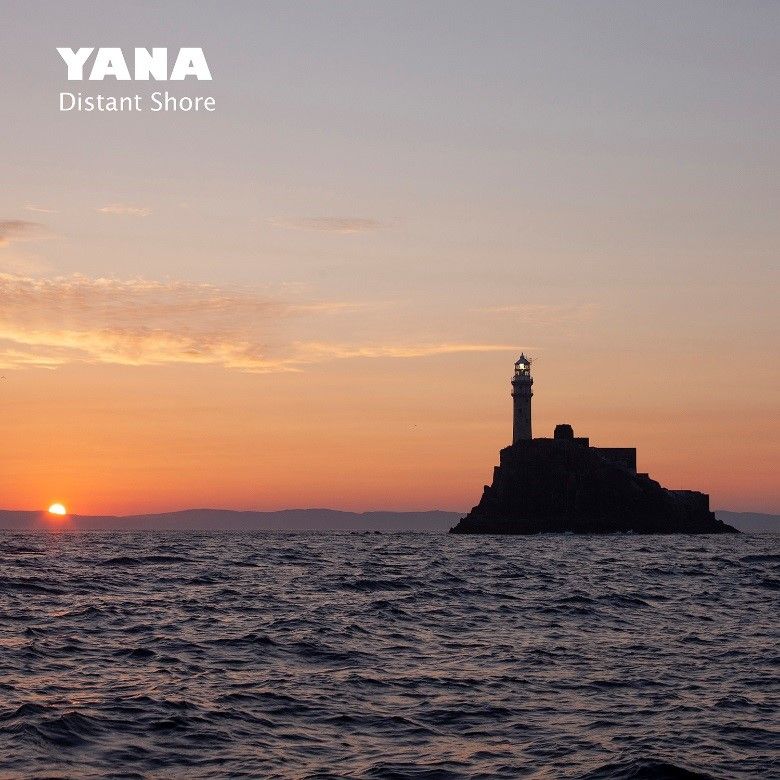 Yana’s Back!  Yes, one of my favorite Indie Classic Folk singer/songwriters from the Czech Republic has released a new EP for the summer entitled Distant Shore.  Containing four tracks, as usual, each song has meaning!

The title track feature quiet instrumentation and passionate vocals that hauntingly invites the listener to think about social disturbances while supplying serene imagery.  The song’s lyrics sing about escaping to a place of tranquility to assess the world we live in while pondering on our next steps to create peace.  Joined by Liam Ó Maonlaí on piano and backing vocals, “Distant Shore” plays like an old silent movie that allows the viewer to conceive a rich theme on the screen by using their only their eyes and heart to grasp the deeper meaning of the message.  In this case, the song’s scaled back instrumentation and obscure meaning allows the listener to use their deeper emotions to bring to life the song’s message.  WONDERFUL!

Also featuring Liam Ó Maonlaí, “Will You Be There” opens with sharp instrumentation.  The vocals on this track are quite dark but not depressing – it is very emotionally solemn and engaging and plays well with the storyline of the track which tells the story of accepting change. Yana’s signature sound reigns on this track.

Yana is not shy to emotionally push her voice to embrace every emotion the music requests, and this is apparent on “Trapped in A Cage.”  The musical arrangement on this track is very violin driven.  With Elaine McCarthy on cello and Yana on guitar, the lyrical dialog of the track springs to life and explains how human existence can be likened to being trapped in a cage – it’s very existential in its composition.  Yana’s vocals ebb in and out from quiet to impetuous becoming like waves of the sea and it is beautiful.  The lyrics sing “trapped in a cage called life” and harkens the content songs of the 1960s – this is metaphysical music at its best, the very foundation that creates pure Folk music.

The final track “The Book of Your Life” was cowritten by Liam Oragh and opens with an uplifting drumline and guitars.  This is the lightest of all the tracks.  The lyrics sing:   Footprints that you left / Holding close to the chest / Knowing you're around / Even you're not seen / The book of your life / Is closed now / But your light shines on /  with a smile, and is about remembering every aspect of a person who is no longer sharing life with you by exploring the book of their life, or the experiences, thoughts, and parts of their life through memory.  The layering of vocal harmonies, pure percussions, and heart-driven violins (played by Colm Mac Con Iomaire (from The Frames) all present “The Book of Your Life” as a lyrical origami with its folding melodies.  You can watch the lyric video here.

The EP is dedicated to the memory of Karel Zich and Fergus O’Farrell.  Karel Zich was Yana’s first musical “hero” who aided Yana in appreciating the guitar, in particular, the 12-string guitar.  Zich later became a great friend to Yana and it is because of him that Yana’s musical journey began.  In addition, Fergus O’Farrell of the Irish band Interference was a dear friend of Yana and the biggest songwriting influence on the artist.  Distant Shore was released on June 30th of this year, which happens to be the birthday of the late Fergus O’Farrell.  So it is no mystery that Distant Shore contains four tracks that recycle the need for inner peace, how to accept change,  how the life one leads becomes their personal finger print left on society, and how keeping those wonderful memories of life close to your chest helps one to live life to the fullest.

And with so much distance placed between us due to COVID-19, it was a welcoming sound to hear music that shortens the emotional strains by presenting soothing instrumentation and clear-cut storylines that makes one think and leaves the listener with an afterthought.  I like to say that Yana’s music presents itself like those Touch Mystery Boxes used in psychology and art to ignite the senses where a person sees a box, reaches in and feels the box’ contents not knowing what they are about to experience, and when the involvement is complete, they leave feeling and thinking differently than when they first approached the box.  Similarly, Yana’s music, lyrics, and vocal execution, gives meaning to the meaningless.